Down into the Deep Dungeon they.. Dove? Dived? whatever! 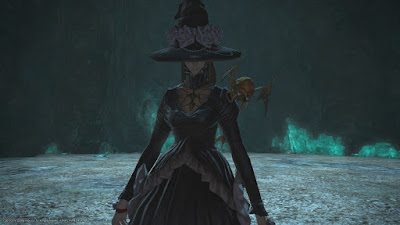 I've spent a while thinking about what to write about the Deep Dungeon experience in FFXIV. Mostly over how my past experiences in other games means my opinion may be a very extreme minority in terms of likes and dislikes over the additional gameplay mode. Does it invalidate my opinion? not really but i wonder how many people i would actually be recommending it to in the long run.

See its like this. Another game i own on PS4 besides FFXIV is Bloodborne by Fromsoftware. Bloodborne is one of my favorite games of all time. When you have been playing games for nearly 3 decades thats no small feat to achieve, especially when my reaction to modern games is a resounding 'meh' 9 times out of 10. Why am i mentioning Bloodborne? Well you see there is something Bloodborne did that no other game in the 'souls series' of games did. It added a new area separate to its interconnected quasi open world. A place where the game randomly generated a small series of interconnected caves and tunnels full of random enemies and a number of unique bosses to fight to farm for certain items designed to be repeated again and again. They called it "The Chalice
Dungeons" 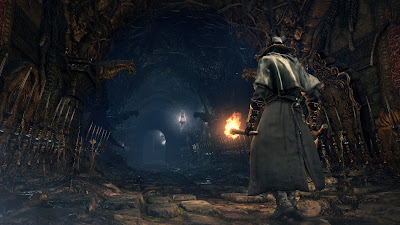 So heres the thing. I loved the chalice dungeons. But i have never ever heard of anyone else who has. Not one. ever. Now when i saw Deep Dungeon being announced everyone else was referencing systems from FFXI but right away i went "hey. This is the Chalice Dungeons again. Sweet. Everyones gonna hate this." because the repetitive, farm heavy nature of the Chalice Dungeons actively killed any love a lot of people had for Bloodborne.
Now i wasn't expecting it to ruin XIV for anyone but i was really not expecting people to like it and personally i can say i have seen a fair few 235 Glowey weapons out in the world (and i've got a fair few ready for the Jobs i have yet to hit 60 on for an easy boost) but i can't really say thats a sign of it being enjoyed it might just be an easy weapon for players who dont want to do the Relic and are not a fan of farming Primals either. I can say i'm one of two people on my server dumb enough to grind for the mount however so take from that what you will. But Shiva EU is a pretty laid back server in terms of chasing the carrots in most regards.

So baring in mind that my own opinion may not represent mosts on this sort of gameplay what did i think of Deep dungeon? simply put there is not enough of it and i am glad thats being rectified in future, but for now the amount of content is an adequate timesink, but as a Lore nut they really did not deliver on the final Edda story i wanted but the ending at least was a touching end to a character whos kind of been on their own journey since our own began 3 years ago now. Still i wanted more of her, more dialogue, more development and more Cutscenes. She watches us on each floor then shows up to be the "Black Bosomed" boss with one mechanic to watch -or not as the case may be- and she says she was controlled before her spirit moves on for good. Leaving the player sad, unsatisfied and slightly creeped out wondering if the little ahriman thing on her shoulder was a withered version of her 'Husband' or if they managed to produce some form of offspring that will want revenge later.
Its always a good thing for a dev to leave the player screaming for more but still i wanted more story given the mode than the level we got which is less than the Golden Saucer or PVP which really, really sucks. Edda was a really interesting character even if she is at her base just the Japanese 'Yandere' stereotype really but i wanted a more fleshed out end to her than we got.

Story isn't for everyone though so in terms of gameplay? pretty solid actually. The traps are suitably annoying, the enemy placement can range from faceroll to "oh shit i turned a corner into the wrong neighbourhood and theres a dozen dragons in this room!" and in general every mechanic works perfectly. The leveling balances the floors out and makes them play differently and is also a good way to learn a new job and set up that hotbar before you even get past lvl.15. The Aetherpool gear makes it a fun risk vs reward with the Silver Chests that may be mimics and the various items that effect a floor are something i have never experienced in an mmo before and thats always a good thing.
Compound all this by the most important factor: No holy trinity. You can -and i have- done all dps runs, all healer runs and all tank runs. Sometimes its a 10 floor all dps run with no heals bar potions and the one Monk self heal you can cross class or cure/physick and nothing else. It can be tense and strategic. Repeating the same 10 as all heals can be easy in terms of risk but you also have to deal with the very real time limit. All tanks can be a healthy mix of the two but make bosses a joke if you save a Succubus morph item. Its never really the same experience. You could get one Bard and 3 Astrologians, all Monks or nothing but melee which really sucks on higher floor pulls.
Essentially its the most mixed bag experience Final Fantasy XIV can provide which can be awful and can be amazing. Which basically sums up my general opinion of the experience in the grand scheme of things. Its a mixed bag. Some will love it, some will hate it. Some will breeze through it and others will have a terrible time. It really is an mmoprg experience that is so basic in design but can lead to so many different kinds of experiences and little touches like the FF5/6 style character UI's are really charming and thats how i would sum it up really. Its a charming experience. You wont play it as your endgame. But it showed up in a patch one day, i had fun and its there whenever you want that kind of experience again. I would recommend it though it absolutely isn't going to be fun for everyone. Though in any good MMORPG what is without suffering from hyper homogenisation in this day and age?

All in all look forward to the extra floors and i hope we get some armour glamour out of it along with new traps and items.

Only maybe not just glowing white models next time eh?
Posted by Danny at 10:48