And so the story comes to a close for now. Two years ago we left Uldah in a hurry and wound up in the downtrodden alleyways of the foundations of Ishgard. Today the story finished and we now have the 12 week wait for the gates of Othard and Ala Mhigo to open to us.
Its a little bittersweet as all endings are. The Far Edge of Fate quest is probably the last time the 'Ishgard Fanfare' variant will play upon a quest completion, no doubt to be replaced by a more Othard sounding equivalent and places like the Sea of Clouds will probably be put on the backburner to become another ghost town zone like Southern La Noscea or Coerthas in general.

Still i can say i have had fun from start to finish (bar the umbrite step of the relic mind you, still not finished my second on that particular hump!) and honestly compared to the recent mainline release of Final Fantasy XV i can honestly say this was the more enjoyable experience. I loved the locations, the boss fights, the story. Going through the Void Ark, fighting Ozma, the Griffin atop Baelsar's Wall and so on were a truly enjoyable experience. Both as an MMORPG and as a mainline numbered Final Fantasy experience.
It was not perfect mind you and my own enjoyment doesnt speak for all the players who seriously had a problem with the new raid structure that again is changing in Stormblood but this was an expansion that just never let up on fun things to do and personally i just felt it needed a few more post launch dungeons if even just a new hard mode or two even if that potential list is running short. Perhaps Copperbell Mines Extreme next? 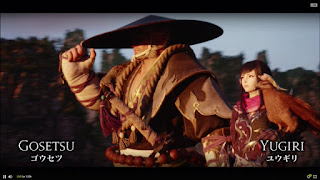 All in all the final update was very short, perhaps an hour of content max. But there is at least one
twist of something dating back to the Calamity i won't reveal here. Needless to say it important and in a way what most of us kind of expected. The reveal of the Primal as Shinryu suggests our first update primal fight -or perhaps the bend of time raid is not fighting Omega but fighting with it to finish off this 'Doman Bahamut' who survives to fight another day -though thanks to coil we know that doesnt always mean intact does it?
Gosetsu was a nice character to join the main team. I expected the reserved yet stern sage-master kind of trope. Instead he seems to be the as yet unseen masters underling and just Yugiris superior in a 'loud mouthed, brave yet rash older brother' sort of role and its always nice to get new Roe' characters with a bit more personality to them. Though personally i feel like a certain former XIVth Legion higher up last seen at the Crystal Tower steals most of the scenes of dialogue, though i'm not sure if the Elder Seedseer and Cid have had a voice actor change again though the rest remains the same. Odd but could just be me hearing things i suppose. 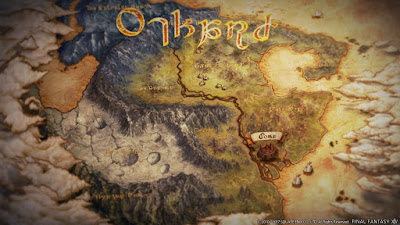 So now we have reached the end of a very enjoyable expansion and reach the calm before the storm. Which in a period of some of the best games thus far this gen releasing like Nier Automata, Horizon Zero Dawn and Nioh to name a few its the perfect time for the Warriors of Light to take it easy and sit for a spell.
My advice is make sure you have some 50-60 BLM gear for RDM and MNK gear for SAM just in case you havent actually levelled BLM/MNK so you can play catchup easier. Never hurts to be tomecapped and same with company seals and of course you never can have enough gil. Beyond that this is the perfect time to check off what you do or dont need to do. I'm probably not going to finish any more relics right now and i have every class levelled up and the beast tribes all at max. My goals right now are just to get my DRK relic past the Umbrite stage since its almost finished and sell all my crafting materials for HW recipes while the gettings good and folks are leveling their last crafting jobs. Always someone that forgets to just use the moogle tribe.

For now though it doesn't really matter what you do its just that rare period to take it easy and enjoy the sights and get some other games out of your backlog. All the while counting the days left till the Stormblood Early Access goes live, of course.

Just 79 days to go. Spend it well folks and see you in Stormblood!