Very long story short for a Christmas update: I held off after the release of Shadowbringers for a big update since things like the combat shake up i wanted to wait till 5.1 to really talk about. Then blogger had an issue where it just wouldn't let my account log in. Then i started doing some more video stuff for work and thought i would step it up and make some video content. Right when My ancient Adobe CS3 mastersuite finally gave up the ghost and simply wouldn't run on modern hardware anymore. So i picked up new software like Clip Studio Paint (if you see it on sale get it, its so much better than photoshop and you own it, you dont pay a sub for it) and Final Cut Pro X which i still need time to get to grips with. Then i got hit with the worst illness of my life and i've barely had time for the game itself let alone writing.

Honestly i hate these kind of posts because its like admitting a failure but i had someone ask after i got name dropped on MassivelyOP so i thought i'd mention it. So post Christmas stuff will resume when life slows down again. I guess its nice to have people actually want something i wordvomit out to read really.

Also spoilers: Shadowbringers is fantastic. Just putting that out there for now. 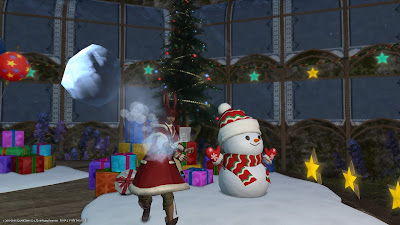 So see ya' later folks, Merry Christmas!
Posted by Danny at 17:03