So part 2 of the 3 part worldwide Final Fantasy Fan Festivals events has concluded and aside from my cleeng stream being a complete dud i demanded a refund for (though i hear niconico was problem free) we have had some interesting reveals. Not as earthshaking as people expected but nothing that doesn't look fun to play which i guess is the selling point at the end of the day eh? 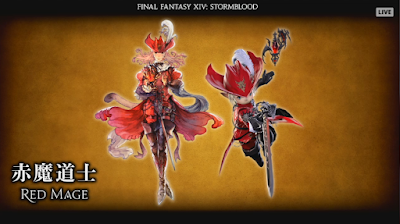 So first off in a reveal that surprised pretty much nobody FFXIV is getting its third Mage class with Red Mage and as i expected it is still the fencing musketeer archetype from XI. In some mechanics it is surprisingly similar to XI in a way that has finally gotten some diehard XI playing friends to finally make the jump from Vanadiel to Eorzea. On the whole it is an interesting looking class. It is a hybrid of range and melee. Using a Rapier and Crystal the job will have you combine the two to form a stave for spells at range, then boost forwards to pierce the enemy with a barrage of physical strikes from the split rapier and crystal then blink away again to pop off a large spell like Flare. There isn't too much known mechanically other than this Jobs mechanic is called "Chainspell" or "Spell Linking" which i could imagine meaning casting certain spells in one school strengthens one school of magic and weakens others and perhaps a balance allows for RDM specific spells to be used? I suppose we will see in the EU fanfest in Frankfurt in about 8 weeks time.
For now i am happy. It is my main FFXI job returning and it looks both similar enough to that and fresh enough in terms of XIV jobs that it may replace NIN as my new main job in XIV. Though personally i am glad it looks like more of a faithful incarnation than BLM turned out to be. 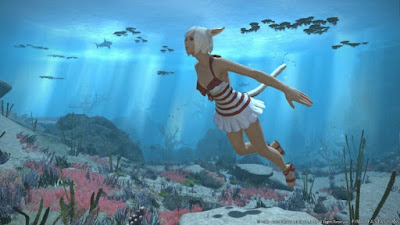 Next up we have Swimming. Perhaps those FFX outfits for buying a stream are not as random an inclusion as we thought and Blitzball is the next Lords of verminion? personally i kind of hope it is even if i know most folks hated that in X. Swimming itself looks less like FFXIV pulling a WoW style "sunken city of vash'jir" with its underwater combat and more adding little sub zones to areas for gathering and exploration. Along with underwater mount use and a new skill for our Chocobos to learn this makes me wonder what neat things this can be used for in none combat areas. Perhaps some interesting ways to hide some secrets in game? or just a Manderville beach episode adventure. 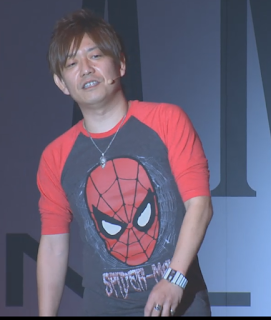 Then we have the shirt. Because of course Yoshida worse a shirt. This time it was Spiderman and i have NEVER seen people argue and bitch this much in the community. Some are certain it alludes to Sam Raimi which naturally means "SamU Rai-mi", because shut up reasons. Personally? thats a bit reaching. But the people who want SAM reaalllly want SAM in XIV and like the new Ridley in Smash its going to be pushed at every opportunity because that thirst is strong. Amongst other guesses like "web swinging means PUP confirmed" my personal leaning is the straight forward one. Peter Parker was bitten by a Spider and gained the abilities of a spider. That is a 1 for 1 description of how a Blue Mage works. I would be completely unsurprised if BLU is the new tanking job in Stormblood. BST could be a possibility but characters like Raubhan have been teases for BLU for a good while now.


We also had information on the new Beast Tribe of Lamia, the allagan experiments had to come from something right? and their primal. The new raids 'Return to Ivalice' and 'Beyond Time: OMEGA' and a tie in event for a 'mature sentai' series from one of the megaten artists. Aside from that though there wasn't much information about stormblood proper this time around, with the real reveals being promised for Frankfurt. Honestly? kind of a bit of a meh event compared to the US fanfest and i hope the EU one is better. There is nothing i disliked here but it didn't really reveal what we will be doing beyond 'playing more FFXIV'. More zone and enemy previews would have been very welcome since more Primals and Omega Weapon were already a certainty at this point. Perhaps more gear set reveals for the next artefact tier would have been good but with 6 months before release the collectors edition confirmation and the release date of June 21st was better than nothing. 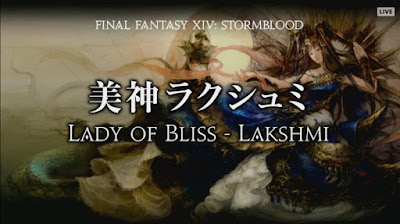 And at least the waifu fans have a new Primal to obsess over on pixiv. Swings and roundabouts and all that right?

On the whole i feel its been played a bit safe this time since everyone outright knew about DRK before its reveals last time and so it fell a bit flat, so mystery is not always bad and the team has earned the positive expectations for their work i just personally wish this fanfest had some more world info, perhaps a picture of Ala Mhigo after its been a none entity in the in game world for all these years now.
Still with some patience we will get it all in the end, for now i am just happy with have multiple new jobs, primals and raids confirmed so i get more of what i love.

Even if the 'Ivalice=Eorzea' tinfoil crowd are now crazier than ever after this event. Remember kids Primals can't melt steel memes.
Posted by Danny at 08:31