Eureka: Maybe it should have stayed Forbidden?

I'm not one to bitch and for once i am really tempted. Starting off great eh? but Eureka has arrived and i think its fair to say the reaction is 'mixed'. A big factor, in my opinion, behind the polarising nature of the content is quite simple: There isn't actually much content. 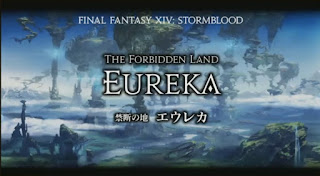 You meet up with Krile in Kugane and start the quest to head to Eureka 'The Forbidden Land'. You take a boat to a newly discovered island in the Sea of Glass to investigate its mysteries. What does that conjure up for you? intrigue? treasure? adventure? yeah me too. By the time the intro cutscene ends those reveries are cut short with a pretty big "wweeeellllllll..." as you learn what you actually do on Eureka.

Eureka is an island covered in mobs with a small hub settlement of 7 npcs and 3 aetherytes around the perimeter. You have a unique level here like Deep Dungeon gives you with Palace of the Dead but with a interesting twist. You find magicite that as you level lets you use a Magia Board to put points into it thats empowers you with one of six elemental choices. You have points in thunder? well thunder enemies do less damage and you do more to water but take more from earth. Basically two rock>paper>scissors rotations for the six elements. Neat idea right? you level up and gain new elements and then?

Well thats the question.
And the problem. 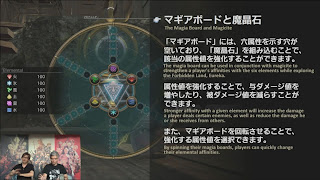 See Eureka right now is basically this. Form a 8 man murderball and kill mobs to grind xp and a new collectible crystal currency to upgrade your lvl.70 artefact gear. Sometimes a rare mob or fate spawns and you zerg to it. You kill it for some stuff and lockboxes and then back to the grind. Thats it. Like thats all you do. Thus far at least.

There is a questline of sorts with Krile but in my experience i've reached a point where each one has been 'go to X location to pick up a thing and come back' and beyond that it seems designed from the ground up to dissuade exploration. Those aetherytes around the island? i made it to one and promptly got a "you need to be level 9 to use this" message. Nothing to do but return back to base and get back to grinding. Grinding where the xp requirement appears to outright double per level, so naturally so does time to level. You might want to explore other areas right? but there are two issues. The first is monsters have huge aggro leashes and most ways are blocked by either monstrously high level mobs or intentionally placed opposing elements on mobs near choke points so the first element you pick to get through the starting mobs around town ensure you are weak to these stronger monsters and therefore you die easy. Second issue is the worst in my opinion. There is nothing to explore for.

Now i know the draw of an MMORPG can be different for everyone. Some want to raid. They want a large group based activity and a wall to climb and conquer. Others want to craft. They want to be the suppliers with a reputation for min maxing and playing the markets to be the go to merchants on their server. Everyone has their tastes and i get that. For me? exploration. I have a lot of flaws with the later expansions but the big draw of World of Warcraft for me was simple. You liked Warcraft 3? liked exploring every nook and cranny of those maps? well heres a complete open world version to explore to your hearts content! Throw in a huge chunk of environmental storytelling littered around the world thats just there so theres something neat to find and theres my draw. My passion for videogames to a T. Exploration because you never know what you might find. So when the answer to that here is a big fat Nothing you can imagine my disappointment. It may as well be an empty zone for me really.

This is of course to say nothing of the on death XP debt system which honestly i don't mind. I played FFXI and Maple Story so its not a big deal to me. But i can imagine it is to others when they don't have the carrot making the lost time seem worthwhile. Sure there is tiers of upgrading artefact gear that will take dozens to maybe over a hundred hours solo to complete but i look at the top tier weapon reward and just think why not get 10 tomestone tokens and do 7 kefka fights in party finder for the same or better?
Folks who know me know i love a grind. I got all my relic and deep dungeon weapons after all. So hearing me of all people complain must seem strange or even hypocritical. Thing is its not the grind thats the issue but the structure. Think of it like cleaning your room as a kid. You see the whole as a daunting task eating up your after school time so what do you do? you compartmentalise. You see your desk as a job. When its clean you did the job. Then under your bed and so on. You make it feel like manageable little pieces of the whole so the job in its entirety is easier to get through. Thats how the Relic grind works. You aren't farming a huge checklist of all the items for one long turn in going from a lvl.60 blue to a Lux Anima relic in HW content are you? well, maybe nowadays maybe but at the time? of course not. Its tiny chunks. Waystops on the way to the final destination with their own tangible rewards. Even if its just a unique model. It makes the journey feel worth it. Right now Eureka does not feel worth it. 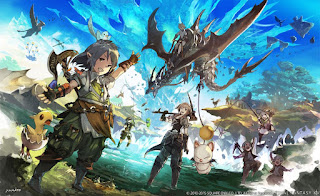 To further explain i'll use two comparisons. Diadem in Heavensward and The Isle of Thunder in World of Warcraft's excellent Thunder King patch during its Mists of Pandaria expansion. In Diadem you literally grind. You fill a bar as the singular core objective with some rare prizes from fates along the way. Yet we also ran around looking for hidden chests didn't we? theres treasure in them thar hills if only you can be the player who finds it. Same thing to a degree in WoW. The Isle of Thunder is an instanced island off the coast with lots of mobs much stronger than the mainland and players grind activities and daily quests to unlock wings of a raid as a server. The island itself was a foggy old ruin littered with treasures and toys to find. You were just doing repetitious mob killing to fill a bar but you didn't care because minute to minute gameplay was based on exploration for those treasures. Filling the checklist of objectives was just to facilitate that experience. Not the sum of the contents reason for being. 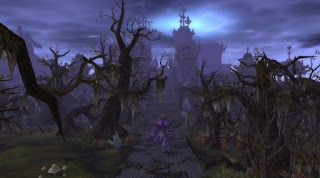 Yet nothing like that exists on Eureka at the time of writing this. Nothing. Its a field of mobs to kill. Something you can do in dungeons for your weekly tome cap. Something you can do out in the world for hunts or fates to level alt jobs or get hunt log rewards. Its just a overwhelming and constant sense of 'this is time better spent doing any other in game activity. Or worse a feeling of "i don't want to play this at all, i think i'm going to play something else and take a break from FFXIV for now" and its been days and i'm already seeing that.


I began this saying i'm not one to bitch and often thats true. However we have been teased this content for over a year. A real world year of "Diadem 2.0 coming soon and the futures so bright you gotta wear shades!" and this is what we have as the result of a year of R&D on how to improve Diadem?

Maybe theres more switches to throw to unlock stuff as enough players reach the caps. Maybe there is some secret trial waiting for players to discover. Maybe theres a patch to shower us with an embarrassment of other activities like the Relic Weapons that still have yet to surface that will make this seem like nothing but ground work for the future.

But right now? this content is bad. Real bad. If you love a game and want to see it improve you have to rip the band aid off and say something isn't fun. You pay a subscription fee to access this stuff right? sure theres always the binary crowd that believes there are two camps of "true fans" and "evil haters" and nothing in between but sometimes even the best teams can simply disappoint. For me this is the first time the FFXIV team has disappointed me and thats sad to say. I hope it improves and god knows if any team has shown they can turn something around its this one right?

For now at least i think i'm done with Eureka. I hope i have a reason to come back and explore someday but this is a firm 'no thank you' on this content from me and if you like it more power to you and i hope it keeps you entertained but me? i think i'm going to stick to Chocobo Racing, Lords of Verminion, Treasures Maps or something, anything else but Eureka. 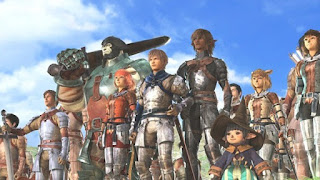 They sold us a return to FFXI style mechanics and after a few days my only reaction was "i would rather be playing FFXI right now instead". If thats not a failure of the game designer in terms of consumer reaction i don't know what is and thats the saddest thing about all of this.
Posted by Danny at 04:32