"What do you mean this isn't World of Warcraft?" 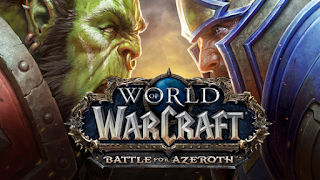 So for those not in the know World of Warcraft is not doing so hot. There are a number of reasons why. A over reliance on RNG, too much time gating stretching content out purely as a "sub trap", trimming abilities away in a fashion that makes classes less enjoyable to play and general designing as though its mechanically looking at mobile games rather than rpgs for design ideas. Given some of the developers comments about preferring mobile games to pc or consoles this might not be far from the truth but regardless of reasons the games not quite the unrivalled monster it used to be. Which brings us to the topic today. A situation leading to the term "Wowfugee" and the growing stereotype associated with it. 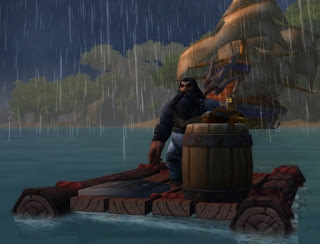 Now i played WoW for about a decade before FFXIV and i've mentioned it on more than one occasion and maybe in the past i will have mentioned that while they are both basically similar hotbar combat MMORPG's the biggest difference comes from the WoW userbase on the whole being absolute poison outside of an insular Guild environment.
Theres plenty of reasons for that. Cross realm zoning, the ability to jump characters on the fly since everything isn't tied so often to one main and lack of ramifications means theres no actual reason to not be an asshole in World of Warcraft since you can get away with it all the time scott free and that has basically lead to it becoming the norm. Newer players then come in and see its the norm and behave the same to propagate it and this vicious cycle not only continues but from Wrath of the Lich King onwards has only appeared to exacerbate year over year. Compared to the literal in game queueing mindset of FFXIV its a world of difference. I will revisit it once per expansion and be astounded that every time it is worse than i remember it being the last. Every single time. Compare this to FFXIV where by and large you have one character and as such one name and face your in game reputation will be associated with and i believe that only compounds this sentiment of "you wouldn't behave this way irl, why is it okay here?".

Right now though this really seems to be showing up more often in the most irritating of ways. In FFXIV none hardcore content the common sentiment is "the party can only move as fast as its slowest member" and "if someone is a 'Sprout' with a green leaf by their name then they are new and deserve the same help and patience we were given when we started". Which is totally antithetical to the modern WoW ideas of "you assholes exist to serve MY good time" and "well the party wiped once, time to ragequit the group, thanks for nothing you fucking retards" which is totally alien to the FFXIV userbase.
Sure during ARR there was a period of the "fuck you, you don't pay my sub" 'Ice Mages' that eventually got the idea that the game wasn't for them and moved onto other games and i hope they found something they enjoyed in the process but nowadays? if there is a more patient and chill online game userbase than FFXIV i can honestly say i legitimately don't know of it. Maybe Monster Hunter in none persistent content or perhaps when Animal Crossing hits the Switch unless theres a cutthroat Bell economy?

Not that this means there are not problems in our own userbase in other ways, but they are far less regular and argumentative as the situation i'm seeing lately. I still have a few jobs left to get to cap and naturally that means doing my daily dungeon roulettes for the easy xp to get those 60-70 runs down without having to spam things like Bardam's Mettle for hours on end. During that time i have repeatedly witnessed the fascinating display, almost like clockwork since Shadowbringers trailer came out, where someone with a name like "arhtass lichkinge" or "princess silvanas" -misspellings of Warcraft character names if you don't know- basically spending most of a Alliance Raid, Dungeon or Trial doing little as their character and mostly just heckling others and trying to shit on the Sprouts for not knowing things while at the same time ninja pulling and spamming "GOGOGOGOGOGOGOGOGOGO" as we attempt to explain things like King Behemoths Meteors or Phlegethons Ancient Flare. The truly fascinating thing with these people is the reliable reaction from the other players. 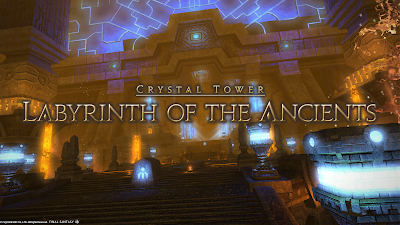 For the most part its total silence, you ignore the dickhead whos not contributing right? not like we can't clear Crystal Tower due to one arse who didn't know Yoshi had yet to add the Keyboard Warrior job. What was interesting though was when others broke their silence. Silent until the time it was when these players started to specifically target Sprouts, trying to shame them and in cross party alliance chat try to get them kicked, choosing to generally shit on them and tell them to kill themselves. The usual "i'm an anonymous dickhead and theres no repercussions for this behaviour" bingo. That like clockwork is when the veteran players across all parties all chimed in to say some variant of "Leave them alone, grow up" or most commonly "i know this game is popular for wowfugees right now, but that behaviour doesn't fly here like it does there".
Often the offensive player just calls everyone else a 'faggot' or something equally charming and keeps going but every so often you get one who pauses and goes "doesn't every mmo shit talk the bads?" because they have been trained to treat any slip up, even when its clear the player is a beginner, this way as the norm.
Hopefully they learn thats not the case and players only get better with help and experience. Hopefully they will integrate with the community and find a more friendly userbase where they don't spend all their time on the defensive, expecting a insulting attack from other players as the norm/baseline expectations. But thats not really the point i'm making here. The idea that assholes exist on the internet should not exactly be a grand revelation should it? the issue is the idea of the 'wowfugee' becoming its own black mark regardless of the player because of these stand out douchebags.

We all remember the days of ARR and Heavensward where, after Dragoons fighting the lag on Titan, the running joke was all the "Kirito Starks" running around with 8 lines long speech macros for their limit breaks that were perfectly polite but considered the height of cringe. It became such a regular gag that the SAO/GoT characters kind of just stopped being a fad over time. Now it seems wowfugees are the running fad and sure someone named after a WoW character being a venomous dickweed to everyone does have an air of 'fresh off the boat and in the wrong neighbourhood' about them but can't that also get pushed to the point that ironically the very sentiment leading to dislike becomes the default due to stereotyping?
Like i said i myself made the jump from WoW to FFXIV over half a decade ago now. The 'asshole as default' stuff in WoW started years before that. By that logic shouldn't i have also been one of those assholes if everyone coming over is? if we default to 'everyone from WoW coming over for Shadowbringers is a douchebag' aren't they going to see it like we are being preemptively prickly douchebags ourselves?

The fact that some of the people coming over include these assholes is a sad fact indeed. But i'm a firm believer that no one person can truly represent a group outside generic comparability and no group can be representative of the single person. Its important to remember why XIV as a community has its reputation and keep up those appearances so to speak. Its easy to see someone be a totally demeaning asshole out to ruin another beginners good time and yeah the fact that they might be driving a much nicer person away is enough to get your virtual hackles raised but the best way to deal with the asshole is to remember not to become the asshole yourself. To not let that sickness infect your own community like a communicable disease. More often than not i've seen these people go quiet when they see their opinion is not the norm and won't be tolerated or outright leave. Either they do some self reflection and learn from the experience or just decide its a game full of easily offended snowflakes and try somewhere new which ain't no loss at all is it?

I guess ironically given we are about to go into an expansion where we go from Warriors of Light to Warriors of Darkness i'm saying 'Don't let others change your own disposition' in this way but its a strange situation where another game is having a sizeable drop off thats stepping their toes into other games and we just have to remember that while the standout volatile dickheads should be given a polite what-for we should also maintain our own sense of community identity because there are also people who may have played a MMORPG for 15 years and are now dejected and looking for a new home and this might be the right fit for some of them and its far more important to make the good ones welcome than assume they are another one of these assholes just because they are a "wowfugee".

Because like i said, for a very large number of us back in A Realm Reborn we were the wowfugee's being welcomed by Legacy players. Remember the story i told of the guild that tried to take over my servers economy and how we beat them by working together as a community? thats Final Fantasy XIV to me and that should be the FFXIV we welcome those people too even as we let the bad apples know the toxic elements of World of Warcraft are not and will never be welcome. 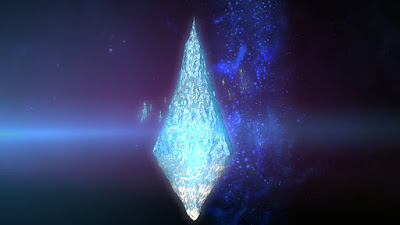