Dawn of the Final Day.png

Its late Thursday night as i type this. The day before Fan Fest 2016. Where con flu will spread, Fat Chocobos will be mounted -hopefully unrelated events- and we will be hearing the announcement of version 4.0 of Final Fantasy XIV and the games second Expansion Pack. 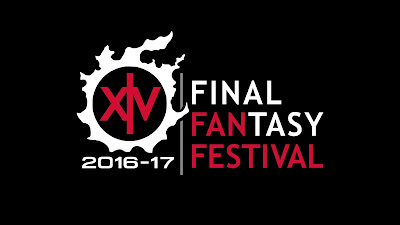 At this point its half predictions and half very likely expectations. We know that Square Enix has trademarked the term "Stormblood" for something and with no new game announcements its looking as though this is our expansion title. We also know Ala Mhigo is the next big story hook as we will finally see the Human Capital which was not even in the 1.0 Version of the game after all these years. Aside from that however its all a blank slate and educated guesswork for tomorrow. So how about some late night, the night before the day after guessing games?

First off i think its safe to say Playstation 3 support is finished. It was intended to end at 3.0 and quite frankly it should have ended there. It sucks for PS3 owners i know but it has reached the point where the 12+ year old hardware inside the PS3 simply cannot deal with FFXIV. The consoles were freezing up as far back as Leviathan and World of Darkness, they were crashing at the Void Ark and from what i have heard recently the final Alexander fights simply hardlock the console entirely. The PS3 had a rocky start but its become a stellar console with an amazing library of games but it is simply too old. Its had one of the longest lifespans of videogame hardware in history and its just not capable of running things designed for large scale multiplayer content anymore. It could barely deal with single player games like Metal Gear Solid 5 by the end and things like Alexander Prime and Ozma are just too much. Even the "Magic of the Cell processor" could only keep up for so long and i believe 4.0 is the time we see Square Enix finally give up the ghost and retire the version for good. Which considering the ads on the Playstation Twitter for a FFXIV PS4 edition sale listed as "the perfect time to upgrade" right before the 4.0 reveal i think thats a telling sign that the PS3 support is coming to an end in the next few patches.

Next up we need to talk about classes. I've said before what i think will occur in terms of place fillers should the class to job system return but since then more and more interviews suggest it isn't going to happen. So even though i would love to see Conjurer get Geomancer so everyone has some offensive capabilities it sounds like thats not the case, so what do we expect in that scenario?
For one thing the roles suggest Dancer or a new job like Machinist. Simply because the only Job left other than Dancer that heals is Chemist and thats a little too close to Alchemist in this game. Therefore it makes sense that a new healer job in 4.0 must be Dancer or something new. In terms of role based predictions i am still confident this is the safe bet for healers.
As for other jobs a lot of the community are expecting Red Mage and Samurai. Personally i think Red Mage is a sound bet for tomorrow. We are getting a dps job, thats a given. Following Machinists physical ranged dps with a close range magical dps like the fencing variant of Red Mages is a perfectly logical choice that i would expect -and it was my first FFXI job so i would love to give it a try! but that said, and i know this is a band aid ripping off situation for many, i don't think Samurai is going to happen.
See heres the thing. Samurais are desired to the point it makes people crazy. Ever since 1.0 "S-samurais the next job!" has been the mantra and people have been so crazy for this job there have been dozens of faked screenshots suggesting its "coming in the next patch for real this time, swear on me mum!" and it never does. We have seen one Samurai in game from Doma and thats it. Not an order willing to impart skills like Ninja. One guy. Which granted is kind of the same as the Dragoon story in a way but on the whole feels to constrained. In your story YOU are the azure Dragoon but there are plenty of other Dragoons. Thus far there is one Samurai and thats it. Not exactly the start of a new trend sweeping Eorzea is it?
While they could always simply address this with "the rest of them are in Ala Mhigo with the resistance" the last patch suggests this is not the case and the left behind Ala Mhigans are barely hanging on and resisting the empire completely alone. So while it would be nice to be wrong (i main NIN like a good piece of weeb garbage filling the stereotype remember) i sincerely believe Samurai isn't happening. Not just for lore reasons but because half the people want a dual wield melee dps and the other half want a spear using tank and a lot of recent comments about no class to jobs because of the balancing mess of Scholar and Summoner makes me think Samurai wont be a class upgrade like Dragoon but its own thing and right now they can't do that without upsetting half the people going crazy for its addition so its still on the drawing board. Thats my guess at least.
Of course there are also more theories that "Stormblood" will have a more Viking inspired theme and as such Final Fantasy 3's dual wielding axe/hammer using tanky job the Viking will be making its reveal tomorrow.

So new jobs are expected, Ala Mhigo is expected and PS3 support being dropped is looking extremely likely. I guess the only other reveal is the last untouched frontier for the game: Will they finally sort out a deal to bring XIV to the Xbox One? if there was ever a place to announce it that would be here and with MS's current Xbone/Windows 10 cross play strategy it would make sense to bring it over, if only Microsoft could finally deal with the 'cross platform play' issue thats been holding it off for the last few years. Personally i'm no fan of the system for a lot of reasons but there were lots of FFXI players on Xbox 360 and they have been very vocal that it sucks to see Playstation consumers get the next online title in the series while they simply get a "Not right now" reply for over 4 years and counting.

So here we are. Tomorrow brings the Fan Festival and while tie in events to things like FFXV and the FFXII rerelease are to be expected the real bread and butter is 4.0 and i guess by this time tomorrow we will know if "Stormblood" is our next big adventure or not. Till then sleep tight Warriors of Light, its a big day tomorrow!
Posted by Danny at 15:51