A quick break from our usual content to talk about Vanadiel 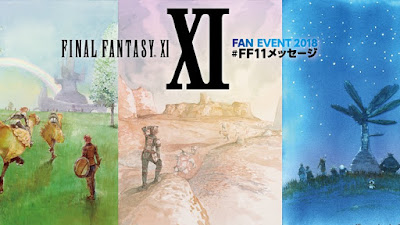 So ain't this something? Square Enix has announced that accompanying the FFXIV Fan Fest we know and love there will be a smaller 'Fan Event' for Final Fantasy XI.

This is interesting for two reasons. First 3 years ago they effectively said the game was dead and going into maintenance mode, i even made a video about it on my youtube channel at the time, and with this announcement all official fan events came to a close. It was sad but after 13 years and the game becoming a straight up Ghost Town it was a sad but understandable development. Yet here they are 3 years later where the game saw some level of resurgence, both in player interest and in development of new small scale updates, and once again this 16 year old game has news to announce. 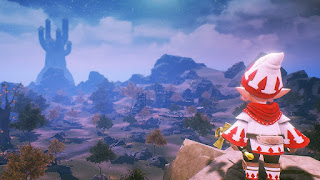 Secondly a lot of people either forgot or never saw it to begin with but there was in fact confirmation of a mobile remake of FFXI in the unreal engine that had a few screenshots leak but then it vanished and years later has never been heard from again. Perhaps its not as dead as people expected?

Personally i see SE going out of their way to do this after years without for two reasons:

1 - The game is actually dying this time and this is one last hurrah to toast the players that stuck with it for 16 long years.

2 - The Unreal Remake is finally being revealed and its not just coming to mobile anymore.

Now i'm a cynical bastard and would usually lean to the former. If not for the state of the mmorpg industry since the 'soft maintenance mode' announcement 3 years ago. Classic/Progression servers are a thing thats growing in popularity. Even Blizzard is doing it with World of Warcraft. So maybe Square is looking at that project thats been on the downlow for mobile for years and thinking 'hey, the markets changed, maybe theres money in this?' and a FFXI resurgence of a sort is on the way?


Honestly i have no idea but the concept of them touching on Vanadiel again is always a welcome one.