Good lord. Half a decade gone by already? It feels like just yesterday the internet at large was having a laugh at Square -not popular at the time during its "decade at lightning" debacle- shoving out FFXIV 1.0 or "4.0" as it was known based on review scores at the time with people considering the game dead on arrival.

But we all know what happened, or who happened, to FFXIV next and Yoshida saved the game and arguably salvaged the Final Fantasy brand that once again seems to be in need or another goodwill boon from just about every product but XIV again giving the consumer issues with the brand. roll on Fanfest right?

I've mentioned it to a degree before but i think the only reason i got into FFXIV as a Final Fantasy die hard that had finally written the ip off after its disastrous PS3 experiences was the novelty of getting a beta code to try an mmo on my PS3. I had to delete all the installed games and it ran like shit but playing that A Realm Reborn beta as a WoW veteran getting disillusioned with World of Warcraft i found myself exploring Gridania and the South Shroud and thinking "Hey now, theres something to this game. Maybe this is worth looking into on release?" and the rest is history. From Raiding Coil as a BLM with his brand new Stardust Rod to taking down Nidhogg on the final steppes of faith as NIN with my Sandungs Lux to Taking down Omega as RDM and just waiting for the big bad of the expansion to show up for a bruising its been a hell of a ride. 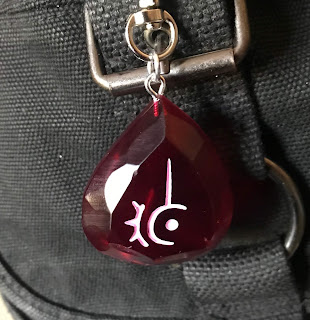 Now just in game however. I can gush about the art style, amazing music that puts all over MMORPG's to shame and the like but what keeps me going is also the community. People that unlike every other online game i've tried don't rage on the first wipe. Don't quit over the smallest things. They come together be it to solve a new raid boss, deal with a massive organised group of assholes trying to crash the server market in a bid to take over the economy or worse. This is a community that cares about being in this together. Its not the individual power fantasy or the single player game with optional multiplayer. These are names and faces you know, for years now. You wave when you pass. You recognise each other from memorable times in expansions past.
To say nothing or outside the game. When i'm running into a Hildebrand cosplayer at Comicon and dancing the Manderville, playing the FFTCG at a local tournament and shooting the shit over what might be coming in the next expansion or as simply as having someone in a comic book store tap me on the shoulder, point at the Job Stone on my bag and say "Hey man, what server?" both inside and out its the first fanbase for a game i've ran into that feels like an actual community comparable to stuff like the FGC or TCG crowds. These are people with a passion and its the same one you have for the same virtual world we all inhabit and thats really the MMORPG dream, isn't it?

Now days from the next Fanfest and the expected reveal of 5.0 and while excitement for Stormblood has been honestly pretty muted over the last 6 months or so people are really revving up the excitement for what the future holds. Heres hoping they can keep this up for another 5 eh?
Posted by Danny at 12:52