The Final update to Eureka and Good Riddance! 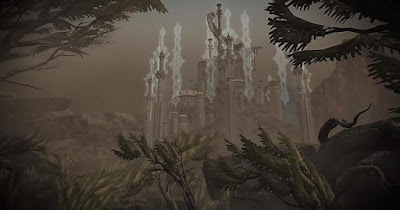 Now its no secret i have a dislike for Eureka. Intense isn't quite the word since my general sentiment to it is "Why would i waste my finite free time playing a gold farming bot simulator?" and as such its not really some smouldering outrage and more a simple case of regarding the content as utterly redundant and having no reason for me to engage with it.

Personally i've said more than once while talking about it to other players that i feel it was intended as the "laidback, chill grind" filler content to launch with the expansion and serve as the backbone of the whole experience. However it came out late after multiple delays. The experience was boring, monotonous and all around a chore to take part in. From everything i've seen the drop off levels appear to have been pretty spectacular. Very few people i know, play with or just see regularly on the forums and the subreddit stuck with it into its second area. Their reasoning being "well the relic will probably be some 390 weapon with amazing stats, right?". 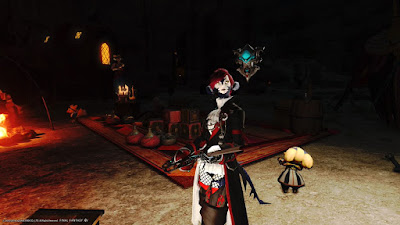 Now that Pagos is out and datamined to be giving 385 weapons with randomised stats those people are now understandably less than enthused with the idea of joining in on the grind for a third time. Meanwhile one last Omega run today and i got my 380 Rapier for RDM with great fixed stats and it took me a grand total of around 10 minutes per week for 7 weeks. So just over an hour for a great weapon that will last the rest of the expansion versus hours upon hours of grinding over the year for a chance at a weapon that at best is a nice model and will last a few levels into the next expansion as your levelling stat stick.

Personally i don't think the trade off is worth it.

Bare in mind i got every relic from ARR and HW. Including all the Padjal Weapons and the like. To say nothing of all the gear from all the tomestone and wolf mark vendors. So grinding for rewards is a total none issue to me as long as i am having fun doing it and the reward isn't randomised. Compounding the issue of lame rewards put simply i have had no fun in Eureka. At all.

Now you have to ask yourself 'whats the difference between this and things like Diadem right? Is it the variety of fates and monsters leading to different situations? not really since eureka has that. Is it the ability to go in as a Disciple of Land/Hand and actually do something other than killing mobs? perhaps thats an element. But personally? i think it comes down to two things based on the type of player: the explorer vs the chaser. 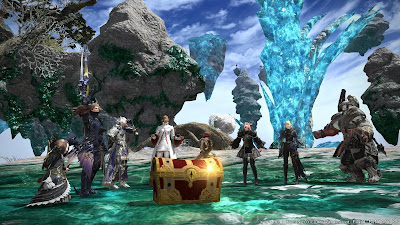 The Explorer plays games to dig in every nook and cranny and find secrets. Wether they are rare treasure or simply easter eggs to find this is a more meta level experience where you appreciate the craft of a virtual world made from nothing and all its nuances. Doing things as a NIN main at the time like using Hide to go stealth and sneaking through caves and such to find chests full of rare treasures for the entire group was a satisfying experience. I was using my class abilities to do a thing completely separate from the completion state goal we set out to do and sneaking around finding treasures for the team. That was great. Can't really do that in a bland instanced island full of trash mobs and nothing else can you? 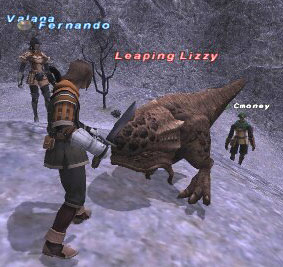 Meanwhile the Chaser has a goal and works towards it. Maybe they plan, maybe its organic but for them the fun of the gameplay is working towards a specific goal. In Diadem it was "okay team we got X, Y and Z to do. Lets jump on it!" and they got a structured experience without the stress of organised raiding and with some more free roaming than a linear dungeon to let them have their fun. Place the same people in Eureka and its like they went from a day of regular grocery shopping to trying to get that super cheap flat screen on Black Friday and theres 20 for sale and 300 people after it.  You are not just given your goal. You are given competition. You may as well log back into FFXI and get your 2005 on standing around the spawning spots for Leaping Lizzy hoping you can tag her before all the farming bots do. Its basically the same thing but with a little more moving around involved.

All to say nothing of a story that nobody i know is experiencing purely based on the off putting gameplay. I still see folks like Sly on State of the Realm say stuff sometimes like they "just never got around to Scholisticate" and i go "what? come on its story how can you just ignore it!" but here i am with Eureka and i went in wanting to discover what that building was and why Krile was on a personal mission there. Yet i never did. The guy who has done every quest no matter how monotonous -see my Whisper-a-Go-Go mount for proof- and loves the story of this game and i just found the gameplay so off putting its the one thing i dont think i'll ever see myself. So its a case of of the gameplay being so dull it actively dissuades my far greater interest in the story. Thats bad.

Regardless of what personally rubs you the wrong way the crux of the issue is you are not having fun doing what you did in Diadem because of the way Eureka is structured and you can't fix that with patches. With time and the drop off of players who like myself simply consider it not worth the time this has only gotten worse as the groups in it for the long haul are getting more aggressive with each other. Every time a player from another group 'steals' mobs around you thats your combo going down. Thats resources taken from your group. Thats extra time you need to spend. Thats time and again constant negative reinforcement tailoring you to see other players as "assholes interfering with MY good time" and its not even a good time to begin with in this case! 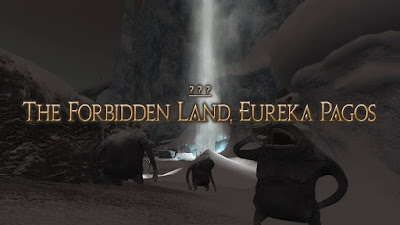 Now Pagos is the apparent end to Eureka's storyline and content i sincerely hope that Yoshi and the team take a good hard look at the thing in its totality. Player retention, player reaction and sentiment. This was multiplayer game poison on a level not quite there but comparable to WoW's "Garrison" system that left players sitting in a soft instanced solo hub that did everything for you if only you sank time into the monotony of it. That lead to the biggest critical bomb in maybe Blizzards entire history as a company (before a certain Diablo announcement at this weeks Blizzcon that is) and there really seems to be two possible extremes here:

1 - The userbase abhors Eureka in such significant numbers that its never touched on again and its time and resources are spent on either additional options for existing content or another new experimental idea.

2 - Either enough stuck with it, god knows why, or in terms of time and resources it was so cheap to make that they consider it a worthwhile filler which means we continue to get less content like dungeons and new minigames and just more of this nightmare.

I'm kind of hoping its the latter and some of that "we can admit when we shit the bed" sentiment is still around so the typical corporate shaming doesn't make them double down like other developers do when mistakes are made. Because its not like this is the kind of thing that leaves people screaming "heads must roll!" like yet another angry mob on the internet falling for the outrage culture meme. Simply put sometimes you experiment with new ideas and they don't work for the majority of your core audience.

But who knows, perhaps when the next FFXIV census does the rounds the number of players with the endgame achievements for Eureka will be shockingly high and i'm full of shit? but based purely on player sentiment and what i'm seeing personally the thing is dead and obviously they had to release the whole thing rather than leave it unfinished and abandoned but even the devs seem to have lost interest about it in live letters compared to the first big reveal where they were so excited to talk about the elemental levelling system.

The best we can hope for is that it was a learning experience for the future. Its looking like Stormblood has been somewhat less popular compared to A Realm Reborn and Heavensward and i think some of that -when not putting blame on trying to divide the team over two core stories at once- is things like eureka eating time and enthusiasm. No dev wants to work on something, send their baby out into the word and get back a resounding "yo shit sucks man" from their users and that kind of thing, especially if this was intended as a core pillar of the expansion can be a real defeating moment for developers who wanted to try something new. All i can say is sometimes you try something new and it is bad. It is just not a fun time. Yet if people didn't love your game and believe you can do far better we wouldn't still be here paying a monthly subscription fee would we?

For now at least we can, some of us at least, be glad that Eureka is done and dusted. Wrap it up, tuck it away and lets quickly move on. We've got the final Ivalice raid, the conclusion of the Stormblood main story thats really heating up and Fan Fest on the way! 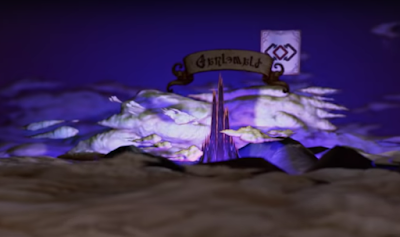 and in the longrun who's going to care about totally optional timewastes after they lose their relevancy in terms of gear rewards when the Big Bads are on the horizon, both far more intertwined than we possibly imagined.

So long Eureka, you should have stayed Forbidden!
Posted by Danny at 06:09